Has anyone read this? Looks really interesting… 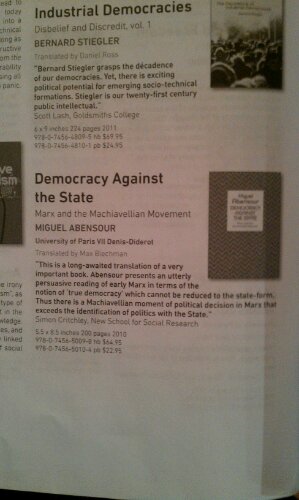 3 thoughts on “Democracy against the state”

Error: Twitter did not respond. Please wait a few minutes and refresh this page.