Branden Born and I gave a talk at the International Conference of Anarchist Geographies and Geographers last month.  Here is the text and slides:

Hi everyone. I am Mark Purcell and this is Branden Born. I am a political theorist who is trying to develop a radical conception of democracy as a political way forward in our current context. Branden is a planner who works on food systems and food justice, and who has been doing research with farmers in rural Oaxaca for the past 5 years or so.

This talk grows out of a paper in which we explore the resonance between 1) a political theory of democracy inspired mostly by the work of Deleuze and Guattari, and 2) the projects and initiatives of rural Oaxacans to rethink and reappropriate their food system in small but important ways.

How is this to be done? Deleuze and Guattari tell us not to fight against the apparatuses of capture, not to try to destroy them, or use them for our own purposes. They say, rather, that we should flee. We should escape the apparatuses, on what they call “lines of flight,” and set about creating and producing according to our desire.

Now of course such escape is not easy, and even when we succeed in getting away, if we are a single line of flight, we are easily recaptured by the apparatuses. So Deleuze and Guattari say we must seek out and connect to others in flight, so that we might flee in co-operation. Such collective flight, if it can bring together enough lines, if it can establish enough connections, can create greater and greater agglomerations of flight, to the point that they create what Deleuze and Guattari call “a new land.” This new land is not a new regime, not a new set of apparatuses different from the previous ones. It is a land made up of flight, a land where the apparatuses have been so thoroughly evacuated by flight that they wither, and become bereft.

Deleuze and Guattari are not reformists, they are revolutionaries. They envision that in this “new land” immanent power will pervade, and transcendent power will be diminished to the point of insignificance. What this means is that in the new land people manage their affairs for themselves, rather than having their affairs managed for them. This is what we call democracy.

This new land, made up of elements in flight, will not be a new social order, but that does not mean it will utterly lack organization. Lines in flight can and should, for Deleuze and Guattari, create forms of organization, or regularity, or routine. They might create rhizomes, as they sometimes say, or acentered networks, or subject-groups, or free associations, (or even soviets). The key is that this organization must always remain fluid, and immanent to people themselves, and it must never take on a fixed, transcendent authority.

And this will be an ongoing struggle, Deleuze and Guattari say. Transcendent authority will always re-emerge within these immanent institutions. It must be constantly warded off if the new land is to be maintained.

“But how can we be expected to do all this?” the rhetorical question goes, with its implied answer, “It’s impossible!” Our answer is that we are already doing this. We just need to pay attention. In our talk, we choose to pay attention to Oaxaca, to how the activities of people there resonate with this idea of democracy. But Oaxaca is not alone, it is one of many efforts by people to take up the project of governing themselves. To take up the project of democracy.

Let me turn it over to Branden now:

The case I want to discuss is in Oaxaca, an excellent site to examine food and social movements and governance. The case, while illustrative, is not unique—we think if you look, you will find such examples in all sorts of places, and Ophelie and Stefano presented such examples in yesterday’s sessions.

There are many possible examples in Oaxaca alone, including:

It is important to provide some context for their work. The Mixteca is one of the most environmentally degraded places on the planet. Since at least the Conquest, it was logged and has been under land management practices that have led to a loss of trees and plant matter, a decrease in topsoil and its ability to hold and infiltrate water, and soil that lacks fertility.

Within a few years, after a time of increased yields, the farmers saw a decrease in overall yields, and this was combined with the connection to a financial model of debt and the use of external agricultural inputs: in most cases farmers were encouraged to not even save their own seeds.

Add to that that the cultural perspective—Mexicans see themselves as “people of corn”—and that transgenic corn is highly controversial and threatening to long standing ways of campesino life, and the ground was set for local non-state action. In Deleuze and Guattari’s terminology, the seeds of flight were sown.

To summarize their work, I would say they do food sovereignty through local community development.

CEDICAM is a non-profit organization operating in the Mixteca, a political cultural region in western Oaxaca. About two hours drive to the west of Oaxaca City, CEDICAM has programs in Nochixtlan and approximately 22 surrounding villages. They work through a markedly decentralized, community-based model where facilitators (who organize at a regional level) and promoters (who live and work in-community) organize projects based on individual community needs and interests.

CEDICAM has little organizational hierarchy, and little centralization (though have a home office in Nochixtlan—this was supposed to be a central demonstration farm, but that model didn’t work as communities are far away and participants are busy farming, so they changed the model).

Across the approximately 22 pueblos, they have a set of general projects they have become expert in, and the number of participating communities fluctuates depending on projects the communities engage with. The projects sometimes finish and then CEDICAM may leave the community—which indicates the non-permanence of the institution. 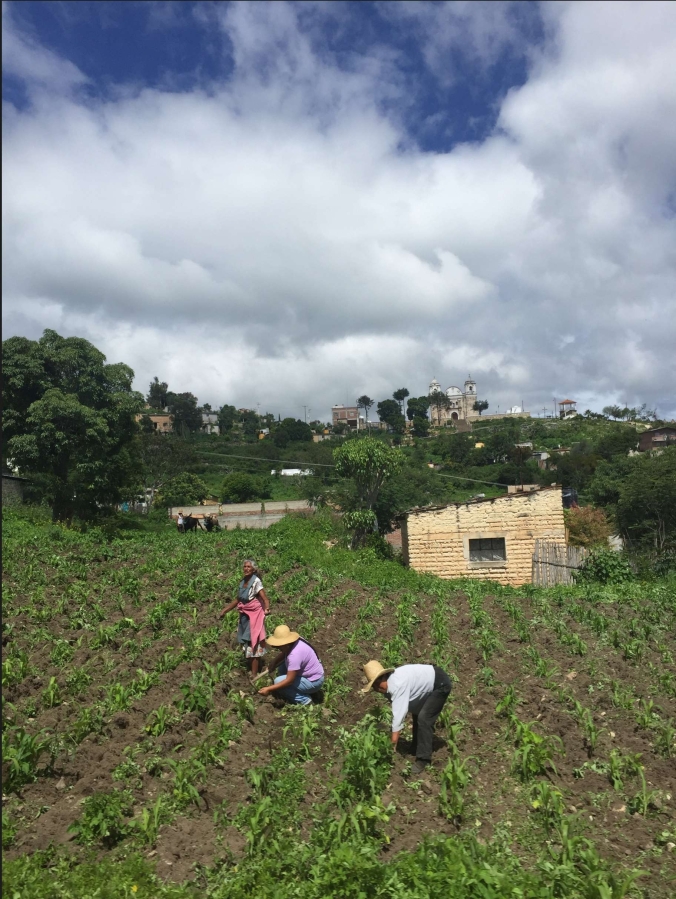 So what are the projects? They work on soil conservation, water conservation, reforestation, sustainable agriculture, and the empowerment of women in the community, all done by farmer-to-farmer, person-to-person engagement.

Some specific project types include, and are mostly of a technological nature:

These projects emphasize a certain imperfect horizontality, as they grow through farmer to farmer engagement, even though the facilitators, while farmers themselves, operate at a regional level.

Through these projects the communities are trying to preserve local culture, historic traditions, food—amount and cultural connection, and genetic diversity of their crops.

So how do they do these projects? Are they as impossible as critics of radical democracy might suggest? We don’t think so (though they aren’t easy).

CEDICAM is clear: they listen first: what does community want/need? Then they share what they know, without demanding any particular strategy. Knowledge is transmitted campesino a campesino; they demonstrate by doing and learn by example, teaching workshops, they don’t impose technologies/use appropriate technologies. 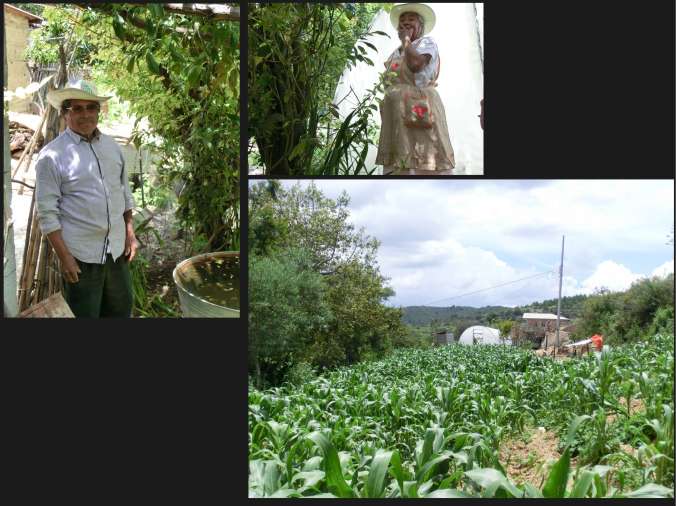 One of the significant things about CEDICAM and what they are doing becomes clear when you see their whole body of work. What at first may appear to be a set of unrelated projects comes together as a community driven holistic land management approach to issues of food security, food sovereignty, and climate change. The organization—and their projects—are emergent, locally controlled, and flexible. Communities and individuals learn from each other and help one another outside of state or economic over-systems.

We think they their work resonates with images of Deleuze and Guattari’s new land—they demonstrate at least flight and rhizomatic organization. Are they perfect, or pure? No. Do they retain elements of the system from which they flee but still sit in? Yes.

But we think they give us glimpses of what parts of a new land might look like, and again, we think these examples are everywhere, and could teach us a lot, if only we learned how to look for them.