Here is a great post by Joseph Kay on communism, higher education, and what is to be done…

(One cavil: I like the more literal “All things are common” better than Kay’s “Everything in common”…)

Here is the piece I wrote for the Antipode symposium on the Communifesto for Fuller Geographies.  (I promised in my last post to post it here)… 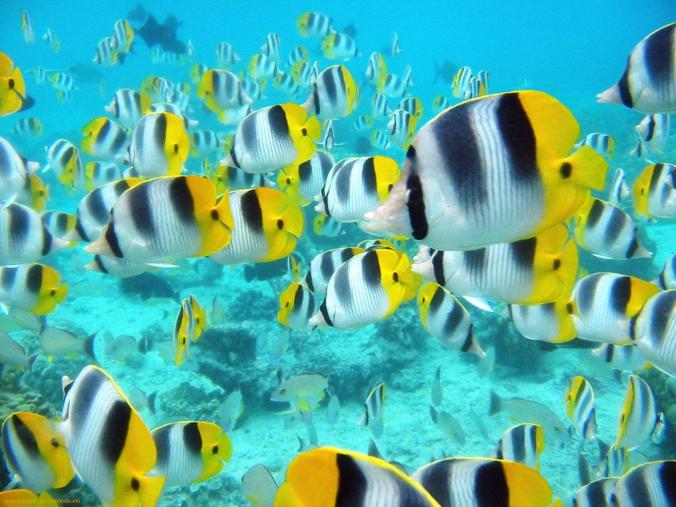 I think the “Communifesto” is an important document that will push the conversation about what is to be done in the academy in productive new directions.  My contribution will think on a relatively longer time scale than the authors, and in some ways I will work against the grain of the document, but I hope my comments will be taken to complement the authors’ proposals more than contravene them.

Let me start by raising a question I think the authors don’t: should we fight to defend the public university against neoliberalization?  I think the answer is: Yes and no.  Yes, in the sense that within the limits of our present society a university degree is important key to material wealth, and we want that key to be widely accessible.  The state-funded university is a way to socialize the cost, keep education affordable for students, and thus relieve the corrosive and growing reliance on student debt.  There are important stakes here concerning the equitable distribution of material fortunes.  But, at the same time, this way of thinking conceives of the question only within established norms.  It accepts a system in which state-controlled institutions stamp individuals with an imprimatur so that they may rise in the capitalist economy.  While it is true that greater equality within that system is preferable to greater inequality, nevertheless the system itself is badly broken.[1]  So, no, we should not defend the public university against neoliberalism if it means struggling to maintain some measure of equality within a system we should abandon.

So then is there anything about the university that is worth fighting for?  I think there is.  I think the university’s value is that it offers people an institutional, temporal, and spatial caesura, a bubble where they are able to set aside labor and work[2] and devote themselves instead to schole.[3]  Schole, for Aristotle, is the lifelong struggle to develop our human potential, to hone our particular excellence as a species.  This excellence has many aspects, including knowledge, practical wisdom, physical skills, and social intelligence.  He thinks our potential can only be realized in fellowship with others, through active participation in a political community.  He stresses that schole requires serious effort.  Indeed the word does not designate the ability itself (to think or speak or judge), rather it means the time and effort devoted to developing one’s human excellence.

Though there are differences of course, Aristotle’s schole resonates greatly with Marx’s arguments in the Grundrisse about what he calls “really free working,” which he says is an intense effort people undertake to understand the conditions of their own existence and reappropriate control over those conditions by becoming active and taking up the project of managing their lives for themselves.[4]  It is essentially the project the workers in Jacques Rancière’s Nights of Labor (1991) were engaging in: in their off hours they read, discussed, learned, played, communed, grew, and developed their potential on their own terms, outside the demands of capitalist labor.  So if we pass Aristotle’s schole through the mesh of Marx and then through Rancière’s workers, it becomes not just a general project of developing our human potential, but the revolutionary project of developing our full humanity beyond a capitalist political-economy that reduces value to exchange value, human relations to competition, and human beings to workers and consumers (q.v. Engels, 1996, pp. 47-48).

Schole is always an ongoing project, and so of course it is not one we can complete in the university’s bubble.  Our whole life must be a continual struggle to understand and manage the conditions of our existence.  All we can hope for from the university as an institution, I think, is to offer a sort of kick start.  It can be an opportunity to practice schole intensely, a place where we can be surrounded by others also devoted to schole, some of whom are even professional scholars.[5]  It is a chance to practice the techniques and develop the habits (logic, poetry, critical thinking, rhetoric, philology, etc.) that are essential for schole.  To the extent this kick-start is useful, and given that universities (and schools) are the main institutional form this kick-start takes in our society, then in that sense I agree we should preserve the university.  But the point is never the university itself, the institution, its structure and degrees, or whether or not it is managed by the state.  The point is always the active, difficult, and joyous project of schole itself.  We only need the university if it is useful for schole.  We must recognize that even if we were to successfully defend the public university by preserving it as a state-funded institution, we would still have to hope the state values schole.  Even if we achieved a robust public university in which state support drawn from fair taxation ensured the academy was accessible to everyone, we would still have no guarantee students will get to practice schole in a way that will stoke their lifelong project.  In fact, if we are honest, we should guess it is probably more likely such an academy would train students to be loyal citizens, or soldiers, or state officials—whatever the state finds most useful—none of which encourages the active thought and self-management of schole.

So I am not so sure about the value of the public university, at least in the long term.  Sure, in the short term it is better than the neoliberal university, which is merely a corporate R&D division and technical training school.  But I think ultimately, in the long term, we need to figure out how to do schole on our own, without corporations or foundations or the state.[6]  Like the workers in the Nights of Labor, we need to create encounters in which we work together to augment each other’s schole.  Those encounters might be supported by autonomous associations of mutual aid and solidarity—let’s call them “schools”—where we collectively strive to develop our schole.  It seems to me that should be the long-term vision.  Unfortunately, there is probably good reason to believe the public university as we know it (even the good-old, free, UK one) is more hindrance to that long-term vision than it is a help.

One of the many strengths of the Communisfesto is that it offers concrete, practical steps that we can take today.  What would the steps be if we want to create the “schools” I have proposed?  Certainly, in our current climate, we should not vociferously attack the public university.  It seems instead we should start from the (correct) assumption that such “schools” already exist.  People are already doing schole together, on their own, in different ways and in different settings, both inside and outside the academy.  The tactics we need, it seems to me, would involve a habit of looking for these associations and developing our ability to recognize them.  And, as we get better at perceiving them, we will need to develop ways to help them grow, spread, and flourish.  We should help them propagate themselves to the point where they pervade our societies, to the point they are able to crowd out the corporate and state schools and cause them to wither away.  Autonomous schools might proliferate to the point they create a world in which schole no longer has to be carved out of the night by tired bodies and minds, but rather becomes a habit, a normal activity in an active, vital, and joyous life-in-common.

[1] See Ranciere’s argument that we should think about equality as a presupposition to be demonstrated rather than as a quantifiable end to be achieved (e.g. 1995; 1999).

[2] In Hannah Arendt’s (1998) sense.  Of course they are increasingly less able to do so in the neoliberal university.

[3] The university is by no means the only place for schole, nor is it the only means of prying open this caesura.

[5] Which of course simply means a person who does schole for a living.

[6] More generally, we need desperately to decouple “public” and “state,” and we need to figure out together what it means to be public (not to mention common) without the state.

Antipode, a radical journal in geography, has a series of symposiums around various themes.  This symposium is a set of responses to the “Communifesto for Fuller Geographies: Towards Mutual Security,” by the Participatory Geographies Research Group.  It proposes a series of ideas and practices for resisting the ongoing privatization of the contemporary university.  I have a response piece in the symposium called “Schools of Our Own.”  I will post that piece separately as well, but of course it will make the most sense in the context of of the symposium and the other responses.

Thinking about the neoliberalization of the university is always scary for me, since the commodification of scholarship and learning is about as bad a misstep for our future as I can imagine.  Nevertheless, there is some spot-on analysis in this article in Ceasefire by Sara Motta, even if the vocabulary is at times a bit overwrought.